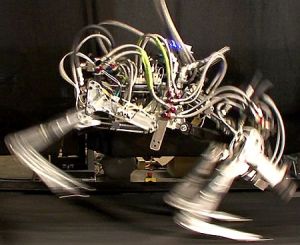 Cheetah, a robot with superhuman and super-robotic speeds will hit the grounds somewhere by next year. I say hit the grounds because the bot is tethered to a treadmill as of now. Boston Dynamics, the makers behind it, plans to introduce Cheetah into varied types of terrain by next year and by then it’ll be called as Wildcat.

At the moment, the machine easily crosses the threshold of 28.3 miles-per-hour, where Bolt’s timings come near to 27.78 miles-per-hour. In order to increase the bots’ pace the makers have decided to give an extra push to its power source by tweaking the algos responsible for managing the movements of Cheetah’s leg. Touching a limit of 70 miles-per-hour is the aim they are looking at.

Yet, Bolt is still the ‘super athlete’ as he can face the wind resistance, which am sure Cheetah cannot. Story would be completely different once the speedy machine hits the terrain and starts running all by its mechanics.

There’s a possibility of Bolt going up against the machine as Kasparov did in 1997, let’s wait & watch.

Posted by InVault on August, 2013 in Robotics, Tech

Watson 2.0 To Work On Smartphones & Tablets 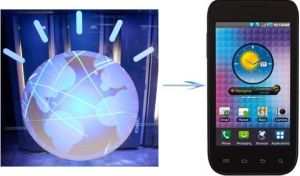 Imagine, a farmer standing in the middle of a field holding his mobile in hand and asks question, ‘What must I plant in the field?’ and he gets the appropriate reply via his handset within seconds. Answer that he’d receive would be based on location data, historical trends and scientific studies and not from any human being. This is what the researchers behind Watson 2.0 plan to achieve.

Watson 2.0 is an extension of Watson a computing system with deep analytic technology that defeated humans – Ken Jennings and Brad Rutter – on Jeopardy. Oncologists at Memorial Sloan-Kettering Cancer Center (MSKCC) for individualized cancer diagnostic and treatment recommendations are using the same computational wizardry. Although, the result of its execution in the field of medicine would actually surface sometime late next year.

END_OF_DOCUMENT_TOKEN_TO_BE_REPLACED

Posted by InVault on August, 2013 in Artificial Intelligence, Robotics

Personal Privacy Is Being Hacked By ‘Free’ Service Providers 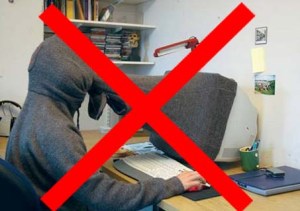 Is Facebook service ‘free’? How many of us believe that it’s a free service and not paid. Well, have you ever thought we have paid our ‘privacy’ to be able to use it? Even if we customize it to the core, yet facebook knows what one is interested in, the dynamics of behavior, social circle to name a few. For some it’s creepy while there are others for whom it’s cool.

It is not the case with Facebook alone, there are other ‘free’ internet based related services that are ubiquitous now. Services being referred here are, email addresses, social networks, internet-based phone calls including Skype, instant messengers, e-cards, anti-virus programs, newsgroups, online social groups, virtual hard disk space etc. All these ‘free’ services are trying to project a life of convenience and of course phenomenal to an average end user.

END_OF_DOCUMENT_TOKEN_TO_BE_REPLACED

Posted by InVault on July, 2013 in Internet, Tech

Nico, A Self Aware Bot 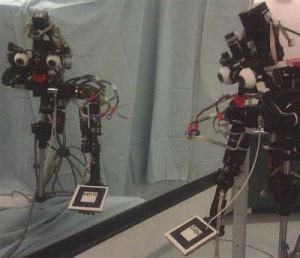 ‘Self-awareness’ is a term which cannot be associated with animals and bots. A dog retaliates by looking itself in mirror thinking it to be another animal in the extension of the same room. Animals fail to recognize their mirror image, as they are not accustomed to observe the complex recognition senses of the brain.

Justin Hart of Yale University has come up with an interesting endeavor in the same field but the subject here is not a pet but Nico, a robot.  Nico infers information about the real world by observing it through a mirror. Currently, it’s not as refined as WALL-E but is definitely an outstanding move in the world of artificial intelligence.

The creators of Nico say that it recognizes its hand in mirror because they have attached a visual token to it. And this forms the basis of observing other objects within the room through mirror itself.

END_OF_DOCUMENT_TOKEN_TO_BE_REPLACED

Posted by InVault on July, 2013 in Artificial Intelligence, Robotics, Tech

TCP Based On Ants Foraging Activity

Deborah Gordon, a researcher from Stanford has hit the headlines with her latest discovery of co-relation between the behavior of harvester ants and the design of internet.

Ants and the internet, the analogy seems li’l berserk. John Nash, in late 1940’s was working on quite a similar concept where he was trying to derive a game theory from flight of pigeons although it’s a different story that he didn’t get as successful.

As per Gordon route taken by ants to hunt for food is similar to the Internet’s Transmission Control Protocol (TCP).

END_OF_DOCUMENT_TOKEN_TO_BE_REPLACED

Posted by InVault on July, 2013 in Internet, Tech

Value Is About What One Does Than Where One Is: Startups 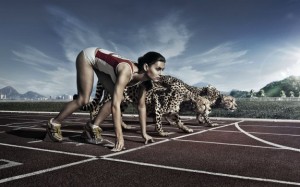 Its been quite sometime now and people have started realizing the power of startups in the ecosystem of entrepreneurial journey. Yet, most of the startup employees have tendency of hopping into big brands as they look upon the big names for the sake of their professional growth.

I completely agree to the fact that if not more at least 60%-70% startups boasts of providing the real value creation.  At times, their longevity do not surpass even the second round of funding. While  there are still others those who adopt exit strategy by allowing themselves to get acquired by big company.

I have been associated with a startup since more than half of a decade and one thing that I have learned is   ‘value is about what one does than where one is’. There was a time when I was freaking scared of computers leave alone other gizmos but the startup journey in the realm of IT helped me in combating my fears.

END_OF_DOCUMENT_TOKEN_TO_BE_REPLACED

Posted by InVault on June, 2013 in Startups 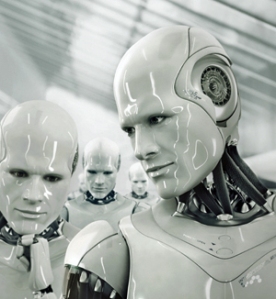 Human brain knows no limits; it’s one of the quest includes building machines, emulating our own appearance, movement and intelligence. We personify such creations as bots. No doubts Greeks pioneered the spirit of robotics in ancient times but the sails were set during European Renaissance. For example, a mandolin-playing lady (1540) was constructed by Italian inventor Gianello Torriano and  L´crivain, The Writer (1772) was build up by Swiss watchmaker Pierre Jacquet-Droz.

Since then there is no looking back, scientists and philosophers went till the extent of speculating human brain as an elaborate automaton. And this has further led to a completely new field in science called, the artificial intelligence.

Moving on the same lines, I have come up with a list of bots that I feel are ahead of the contemporary times in the field robotics. These bots are specifically designed to make our life simple and study the laws of physics employed in daily lives.

END_OF_DOCUMENT_TOKEN_TO_BE_REPLACED

Posted by InVault on May, 2013 in Artificial Intelligence, Robotics, Tech

IPv6: The Next Generation of Internet Protocol 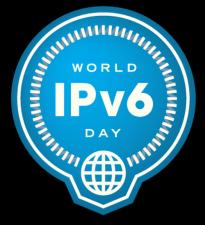 In order to grow the world wide web, the society of internet paraphernalia is coming out with IPv6. It’s aim is to allow internet to seep in other devices and hence increasing the number of possible addresses. But moving from IPv4 to IPv6 ain’t that easy, plus the main question looms on transition costs and the time taken. After all, the internet is severing  2.5 billion people and 11 billion devices across the world and we are running out of space.

Although, most of the OS does support IPv6 but routers and servers have no provisions of supporting it. Which would further make the connection between the devices nearly impossible.

If we remember, CNN in 2010 did forecast about the limitations of IPv4 and it seems they were correct.

END_OF_DOCUMENT_TOKEN_TO_BE_REPLACED

Posted by InVault on May, 2013 in Internet, Tech

Availability Does Not Mean Productivity: A Pervasive Corporate Problem 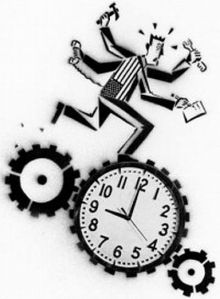 Does remaining available for clients or teams 24×7 gives better productivity? Or does it imply we are slaves to the conditioned reflex?

Getting available round the clock tethers the overall output. Majority believes that using smartphones enhances efficiency but as a matter of fact, it’s the other way round. People who prefer to have a constant touch with clients and/or team overlooks the space that they otherwise must give to their own personal lives.

Acquiring the habit of checking emails regularly at the cost of one’s personal space doesn’t help at all. On the contrary, the person wont be able to give quality time to family. Ain’t that a priority too in life?

Technology that has propelled us to work round the clock. Emerging competition from nearly all professional fields have prompted us to framed a system where we are providing 24×7 support to our customers and teams. Till some extent, we are counting the same as our USP. But is it truly helping in channelizing the efforts for growing?

END_OF_DOCUMENT_TOKEN_TO_BE_REPLACED

Posted by InVault on May, 2013 in Random 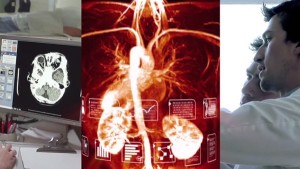 This piece is an extension of my previous post, on artificial intelligence where I gave li’l bit info on IBM’s super computing technology output, Watson.

Oncologists at Memorial Sloan-Kettering Cancer Center (MSKCC) will now make use of this computational wizardry for “individualized cancer diagnostic and treatment recommendations”. It will commute the info from the center’s case studies & database.

Exploding the conventional way of disseminating the most recent therapeutic advances, Watson is hitting its first agreement with MSKCC. However, IBM had a similar partnership with Columbia University, which, somehow didn’t materialize.

END_OF_DOCUMENT_TOKEN_TO_BE_REPLACED

Posted by InVault on April, 2013 in Artificial Intelligence, Tech